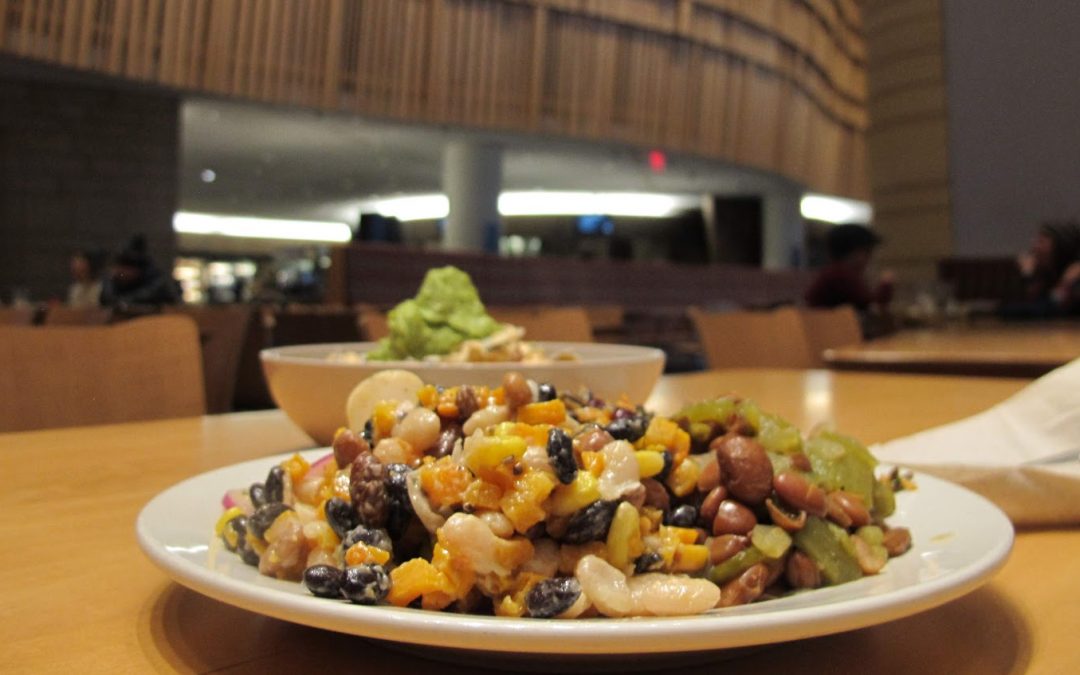 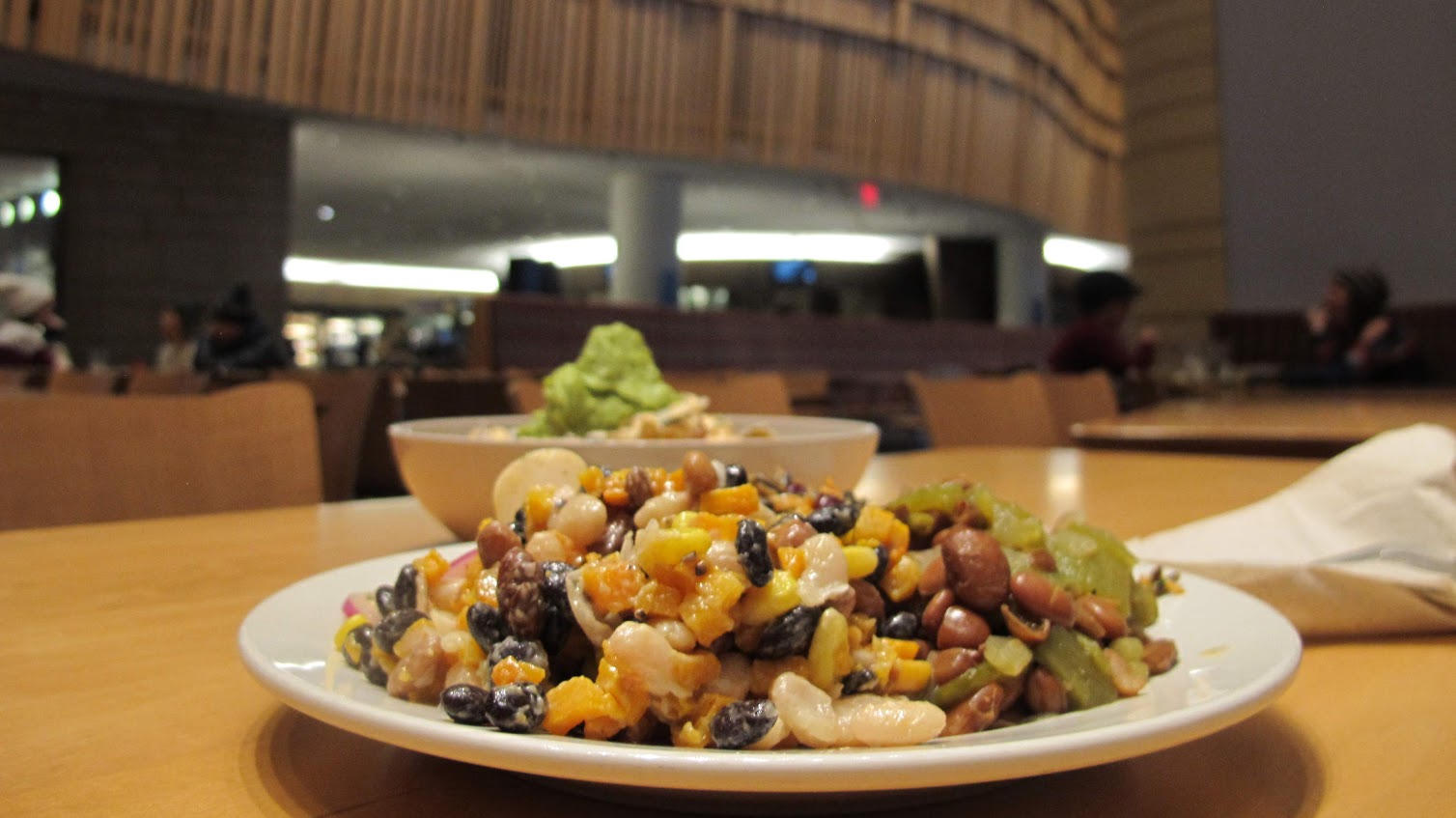 Upon the recommendation of a friend in Maine, one of our first stops in Washington DC was The Smithsonian’s National Museum of the American Indian, just steps away from the capitol building. Of course, our first stop was to visit the Mitsitam Cafe, a cafe that literally means, “Let’s eat!” in the language of the Delaware and Piscataway peoples. Little did we know that we would be doing more than just eating.

After a quick look around the eclectic cafe, we wanted to meet the head chef, Freddie J. Bitsoie. We took a few steps out of the cafe and that’s exactly who we ran into. Freddie gave us a tour of the cafe and explained exactly what his vision was with respect to sharing native food with museum visitors. Freddie’s goal is to offer an authentic culinary experience that native people can relate to, but not restricted to only offering typical native foods. There was a food station offering Contemporary Native fare, which Freddie described as a station which has been criticized as being non-traditional. However, Freddie explained to us that native cuisine is often thought of as something that can be preserved, jarred, and set on a shelf, but it is also dynamic and can adapt. This made me think of the incorrect way that native culture is often viewed, as an ancient part of our culture, instead of something that is present, vibrant, and coexisting. 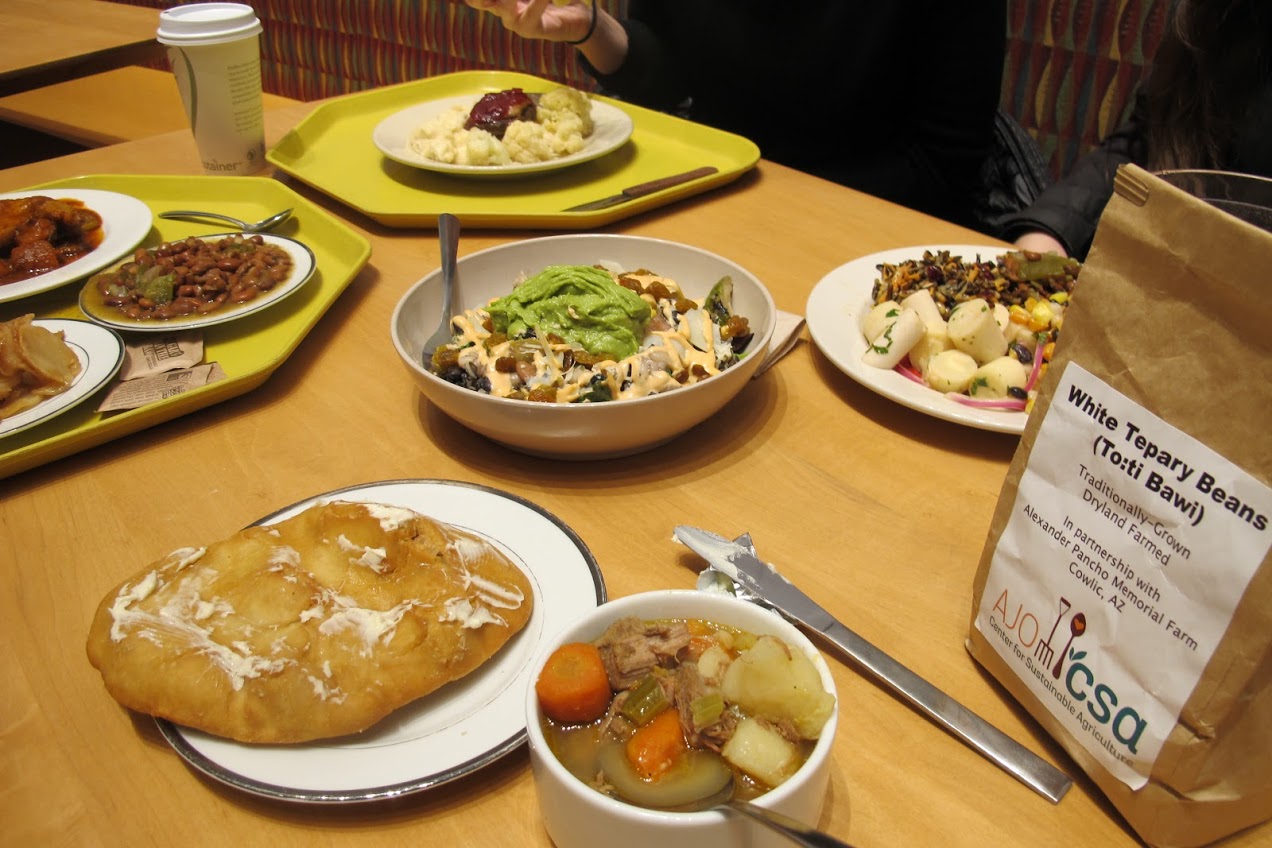 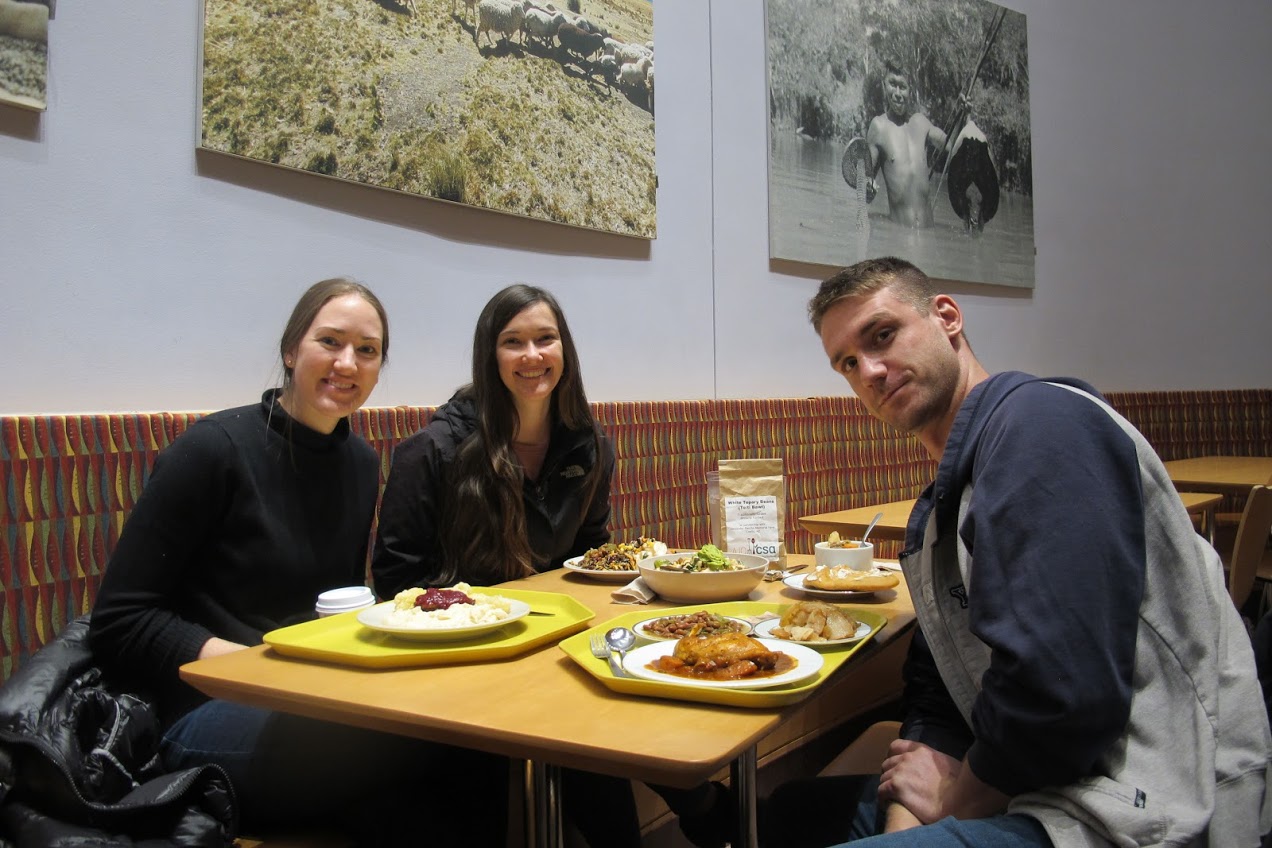 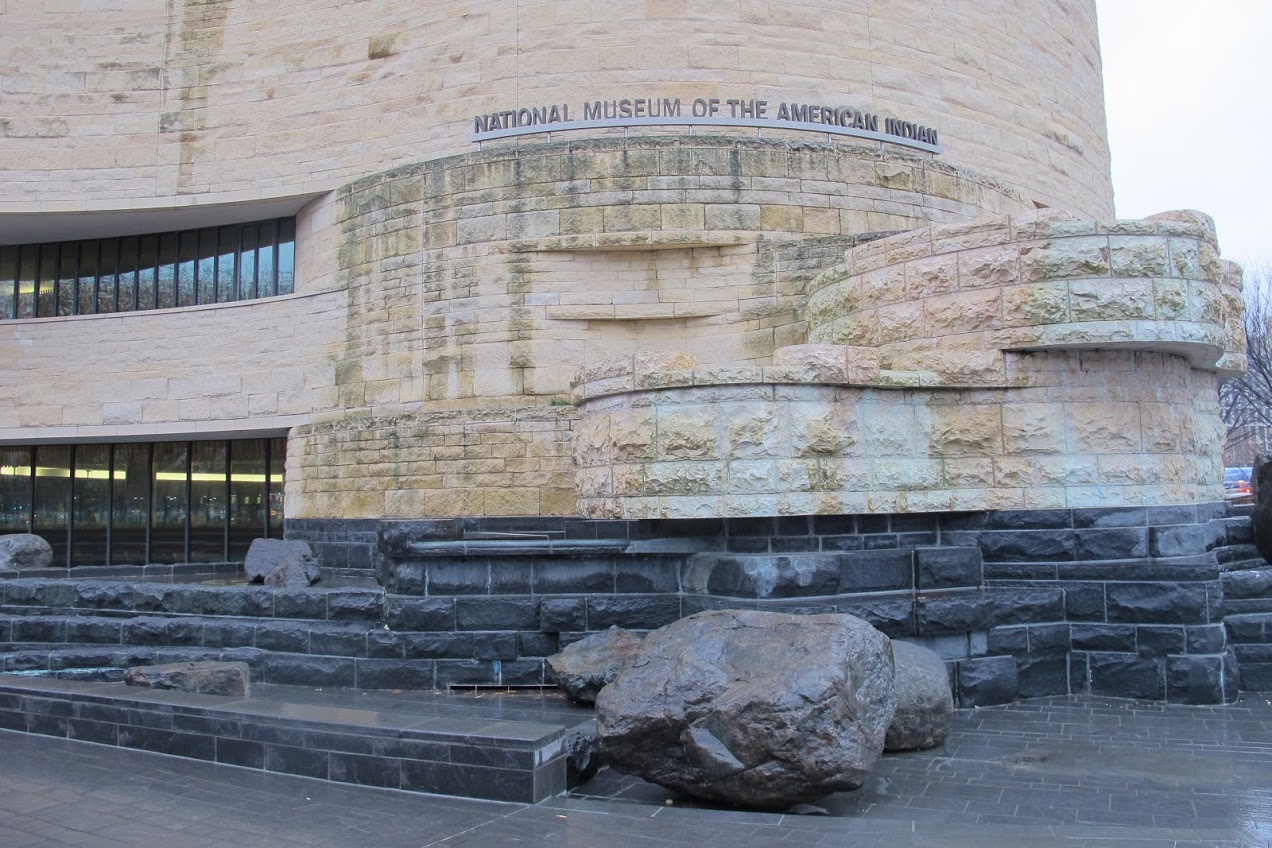 “Freddie explained to us that native cuisine is often thought of as something that can be preserved, jarred, and set on a shelf, but it is also dynamic and can adapt.“

We sampled a variety of different foods including a delicious three sisters salad of beans, corn, and squash, a wild rice salad, and many other native dishes. We also enjoyed amazing pinto beans with green hatch chilies, a dish we had previously thought of as only New Mexican, but which actually spans several cultures. And as both of us were born in Florida, we had to try the swamp cabbage, a tasty homage to the native people of Florida. My personal favorite dish was a tie between the three sisters salad with winter squash and the pinto beans with green hatch chilies, however, everything that we tasted was phenomenal and resulted in a series of head nods and eyes-closed mmmm’s. It was an honor to share and partake in native and neo-native food and chat with Freddie about his experiences and challenges he experienced rising to success. 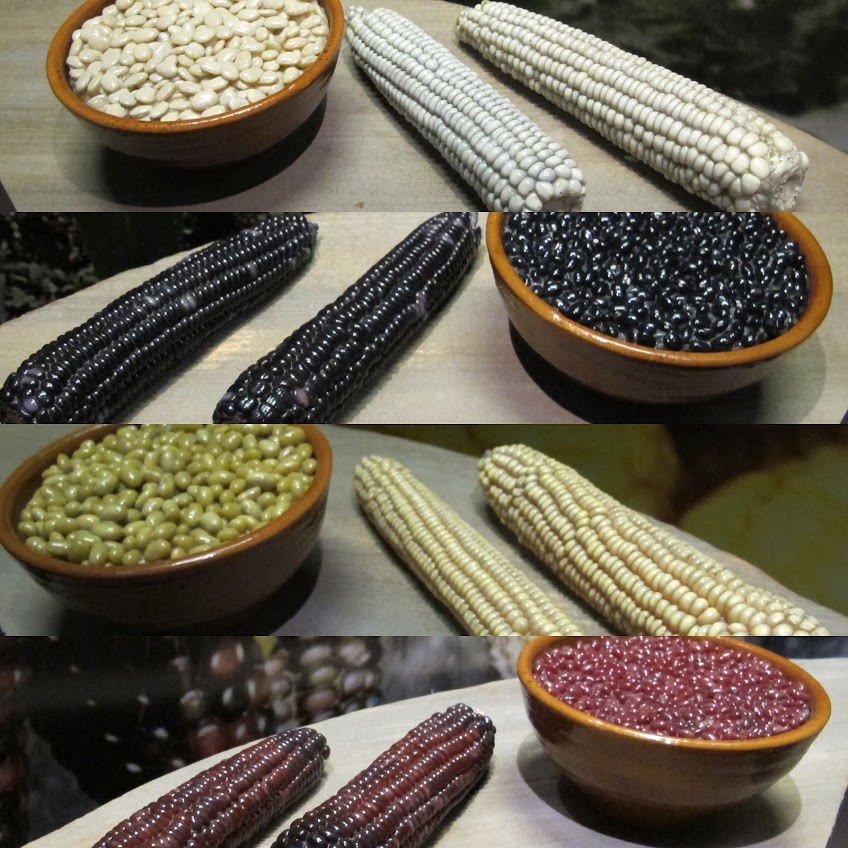 Freddie is Navajo and grew up in the southwestern US. He studied anthropology and art history, a background which he explained helps him to frame food and food history in a non-traditional way. He also told his story of learning to be a chef, the feeling of being a hero to the world but not necessarily your home town, and learning to laugh at yourself. He also described the challenges associated with being a native chef and constantly trying to remember how people will relate to his food offerings. He was an inspiring, warm, and entertaining individual who has an amazing knack for educating and sharing through food. Did we mention that he is an amazing cook? We’ve included a recipe that he shared with us for his three-bean ragout, which is sure to put a smile on your face. Be sure to check out Mitsitam Cafe and the National Museum of The American Indian next time you’re in Washington DC. Who knows, you could even be lucky enough to run into Chef Freddie while you’re there.